Hope and excitement are words you could use to describe the arrival of the COVID-19 vaccine at Camellia Gardens of Life Care on Jan. 5, 2021.

I think everyone in the skilled nursing industry is thankful that a vaccine is available and being administered, and we are thrilled that vaccinations are underway at our facility. It's an understatement to say this has been a difficult year, but the vaccine offers hope as we move forward.

"Our goal is to provide a high level of service in a safe environment that brings peace of mind for our residents and patients, along with their families," said Aragon. "The virus tested us, but we came out stronger on the other side."

Fighting a pandemic was not something that most medical professionals anticipated facing in their careers, but the heroes at Camellia Gardens rose to the occasion and fought bravely to protect their residents, who are like family. Here is the story of their COVID-19 journey…

The stories about how Life Care Centers of America's champions of care battled COVID-19 all share a similar foundation: When the virus surfaced, leadership teams at facilities across the country banded together with their frontline caregivers to do whatever was necessary to battle and overcome a crisis no healthcare system or government was prepared to fight.

However, what happened at Camellia Gardens of Life Care is in a class of its own when it comes to teamwork. Within weeks of the facility’s first positive COVID-19 test on April 1, several members of its leadership team got sick, including:

Only Alonza Lewis, the Blue Ridge Region vice president who came to the building on April 10 to assist Cooper, remained standing.

The team bravely came face-to-face with the virus, battled it and stabilized the facility after the first outbreak. They remain vigilant, understanding that the virus is still a problem throughout the country.

"They are such a family there. There was nothing that was going to stop them from taking care of their residents."

The outbreak at Camellia Gardens was the first among the 39 facilities in Solomon's division, which includes Life Care's facilities in Georgia, Kentucky, North Carolina, South Carolina, Tennessee and Virginia. Lewis quarterbacked the team inside the building, while Aragon, Jackson and Brown worked remotely throughout their 14-day quarantine.

"I was at home when a couple of residents died, and it hurt my heart. They had all survived so much in their lives, and this one pandemic came along and took them away. It hurt, bad."

The facility will always grieve the residents who died due to COVID-19, and the more than 100 associates that work at Camellia Gardens continue to serve the community, striving to always honor the memory of those lost.

"Everyone was scared, but still committed to taking care of our residents," said Brown, who tested positive on April 9 and was out until April 27. "When I came back, I could see in person how hard it had been. My goal was to boost the morale of people who were fighting. I wanted to let everyone know that we were going to make it and were going to recover." 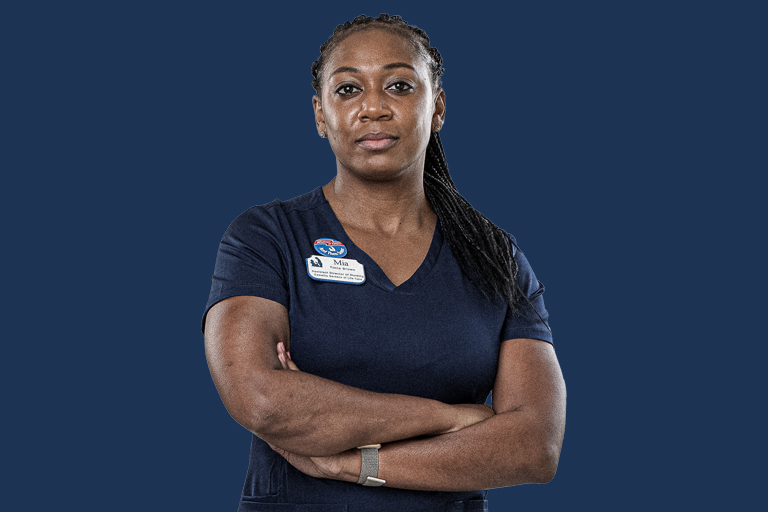 Lewis tirelessly made the 4-hour commute from his base in Lawrenceville, Georgia, to Thomasville for 11 straight weeks, living in a hotel during the week and returning home on Friday nights, only to get a change of clothes, repack his bags and be back on-site the following Monday morning.

"I felt compelled to to lead those heroic associates. My parents were concerned, but I told them from day one that God had me protected. For me, it was a test of faith, and I never believed I would get sick. It's hard to describe, but I had an inspired energy to help. I just knew my number was being called and that my team needed me."

If you have additional questions, please complete our contact form.