Her name is Mary Harris Denton. She is the lady in the wheelchair receiving a rose from a nurse depicted in the Life Care logo, which is an officially registered and protected trademark. Mrs. Denton was a resident at Life Care Center of East Ridge when the photograph that inspires Life Care's logo was taken.

The logo is created

The original picture was used in a facility brochure, a newspaper advertisement and for several other purposes. After a while, Joe Pardue, associated with the development and production of Life Care's graphic services, suggested that the picture would make a nice logo showing a visual representation of the company's mission of caring to those with long-term care needs. Everybody agreed, and the photo was made into a silhouette and reduced, with the words "Life Care Centers of America" wrapped about it. It became the company logo.

But back to Mary Denton. I didn't know her when the photo was taken, because I didn't join Life Care until 1986. After I did, she became one of the first people in the company I got to know. One day she said to me, "Beecher, I'm an old woman ? 94 years old, in a wheelchair, not much use to anybody. But every morning, when I wake up, I pray that today, somehow, God's love can flow through me and touch the people about me."

Here's the amazing thing, how this woman, as old and as handicapped as she was, put her own prayer into action. She went to the administrator of Life Care Center of East Ridge, a lady named Joy Hambleton, and she said, "Joy, it's so difficult for a person to move out of his or her home into a nursing center. Would you allow me to be the first point of contact? Would you let me show them around the facility, and introduce them to the staff and the other residents? Joy, would you let me be the friend of everyone who comes to Life Care Center of East Ridge?"

Of course, Joy was delighted to honor that request. So, from that day forward, every person who came to Life Care Center of East Ridge to live got to know Mary Denton first, and she became their friend.

A new dress for Mary

A couple of years later, in 1988, we were back down at Life Care Center of East Ridge making some more photographs, and Mary was one of the models that we were using. After we had finished taking the pictures, my assistant at the time, Cathy Ryan, said, "You know, every time we take a picture of Mary, she is wearing the same, black lace dress. I don't believe she has a very nice dress except that one. What do you think about us buying a new dress for her to thank her for all that she does for us?"

I said, "Cathy, I think that's a great idea." So, Cathy went on a shopping trip and found a beautiful pink dress for her to wear. After she had bought the dress, and by the time we got back down to Life Care Center of East Ridge, four or five weeks had passed. When we got there, we were very disturbed to learn from the administrator that Mary was quite ill. She was back in her room, on her bed and very, very weak. "But she is still mentally alert," said the administrator. "And she will know who you are, and you can carry on a conversation with her."

We went back to Mary's room, went around by her bedside, and Cathy took the top off the box. She held that pink material up for Mary to see, and said, "Mary, we just want you to see a little present that we bought for you. It's our way of thanking you for all that you do for us. And Mary, we love you!"

Even though it was obvious that Mary was in a lot of pain, she slowly raised her hand until she could touch Cathy's hands holding the new dress and then, with her fingers, slowly she caressed that pink material, all the way from where Cathy was holding it to where it lay on the bed beside her.

"A light had gone out"

We didn't know it that day, but that dress would become her funeral dress, for Mary died the next day. But here's the phenomenon: As the news of her passing went through the nursing center, every resident who heard it wept, every staff member wept. And one of the nurses said, "When Mary died it was like a light had gone out in our facility."

The people at Life Care Center of East Ridge, who were there when she was, however, will tell you differently, because they know what a tremendous impact Mary had on their lives. 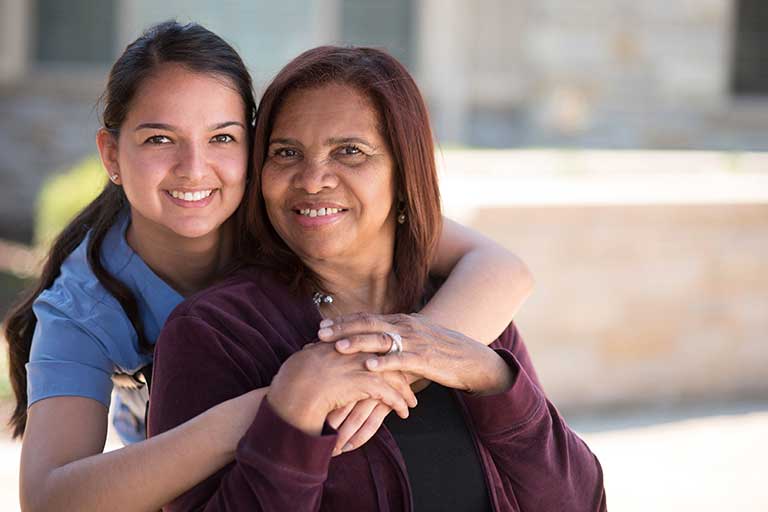 Life Care's commitment to being a premier provider of care.