Life Care’s LEADER magazine highlights the extraordinary lives of the amazing residents who live in our facilities around the country.

One of those residents is Jane Withers, a resident at Life Care Center of Littleton, Colorado. 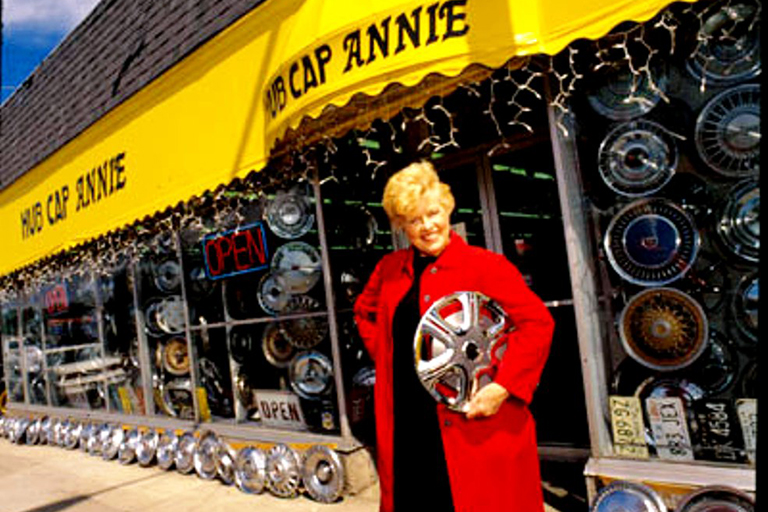 In elementary school I started stealing money,” recalled Jane Withers. “I would steal the pennies we were learning math with. Then I started stealing quarters out of the collection plate at church. There was something wrong with me right from the get-go.”

Withers was born Dec. 6, 1940. Her mother was Canadian, and her father was from Boston. Due to her 2½-year-old younger brother Bobby’s leukemia, Withers’ family settled in Florida, near her father’s parents.

Following lunch one afternoon, a 7-year-old Withers looked on as her grandfather was found in a pool of blood after having a stroke and falling in the restroom. In the middle of the traumatic commotion, the pediatrician from the hospital where Bobby was being cared for called to tell her mother the child’s health was failing fast. Both Bobby and Withers’ grandfather passed away that afternoon.

“My brother died, and I wasn’t even allowed to go to his funeral,” said Withers. “I was never allowed to have any closure about it. It was pretty sad, and I think that sadness just stayed with me.”

In response to the loss of Bobby, Withers was sent to spend the summer with her mother’s parents in Toronto. While there, a family member molested her, a horrific event that initiated a pattern of dissociative behaviors in Withers that included starting fires, lying and missing memories. She told no one.

Withers entered the University of Florida when she was 17, though she wasn’t pursuing an education.

“I was pursuing men!” Withers declared. “In Florida, the men were all blond and had huge muscles and were on the football team. It was a wonderful pool of possibilities.” 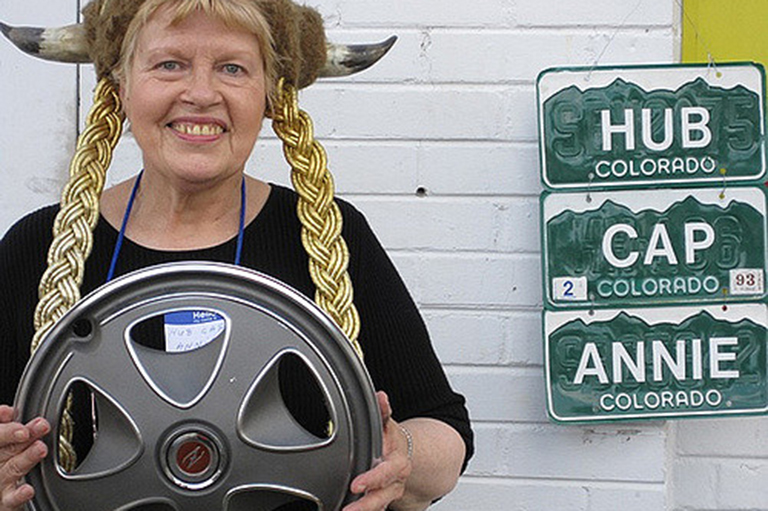 This need to fill out a “social résumé” was fueled by Withers’ troubled youth and accidentally exacerbated by her mother’s attempt to help.

“I became addicted to diet pills,” shared Withers. “My mother gave me two of them not really knowing what they were. I was nervous about going up to the university, and I was shy and withdrawn. She just knew the doctor prescribed them for my dad, and he always felt better after he took one. I took one, and it was the happiest day of my life. I made like 20,000 friends that first day running around, having fun. From then on, it was a love affair.”

Withers attended fraternity parties and discovered alcohol, another addiction she would carry with her much of her adulthood. She also began shoplifting with a friend, though that came to an end after a night in jail.

During Withers’ final year at college, she met Ben, a Dutch Navy officer. After just a few months of courting, Withers dropped out of school, married and was whisked away to live with Ben in Holland. She didn’t speak the language, and even worse, Ben turned out to be physically abusive.

“If you’re so miserable you want to kill yourself, but you don’t have the nerve, you’ll invite someone into your life who will do it for you,” shared Withers.

Withers was too frightened and embarrassed to end the marriage, even though she knew she needed out. She became depressed and felt trapped in a foreign land with no phone, no friends and no exit. For the first time, she began to drink alone.

Eventually, Ben got a job with a Dutch shipping company in New Orleans, where the troubled couple finally divorced. Back in the United States and free of the marriage, Withers decided to finish school by becoming a voluntary ward of the state of Louisiana. She gave up her car, apartment and friends to live in a strict dorm and attend the Catholic Citadel Charity Hospital School of Nursing.

Encouraged by her family, Withers began seeing a prominent psychiatrist about her drug addictions. The doctor took advantage of her weakened mind, however, and Withers found herself in the unbelievable position of being molested again.

Withers returned to drugs, became suicidal and moved back to Florida after just one year at Charity.

“It’s something all alcoholics and drug addicts do,” Withers explained. “They say, ‘Well maybe it will be better if I move.’ They call it the geographic cure.”

Withers spent the next two years completing her nursing degree at the University of Florida. She continued abusing drugs and alcohol, spending her free time with a group of friends who were also addicts.

Eventually, a new psychiatrist helped her temporarily beat her drug addiction, and Withers took her new nursing degree to Piedmont Hospital in Atlanta, where she worked for a year in an emergency room. She then moved to Grady Hospital, also in Atlanta, to work as a nursing instructor for the next five years. Withers reconnected once more with her alcohol and drug addictions, developing a veneer of moral anesthesia.

Feeling that her life had become stagnant and unhealthy, Withers changed careers. Moving to Fort Smith, Arkansas, she became a top-selling representative for Wyeth Pharmaceuticals and experienced what she considers to be the best three years of her life. She made healthy friendships and joined a 12-step program that helped her leave her amphetamine and alcohol addictions behind her for good.

Withers’ new group of friends were wealthy and well-put together. She spent many dinner parties and lunch dates around distinguished socialites at various mansions and estates.

The past caught up with Withers in 1982, however, when Wyeth developed a new line of diet pills and informed her that she would be adding them to the roster of products she presented to local doctors and clinics. It was a temptation she knew she had to avoid.

“They were going to put crates of samples in my garage that would arrive once a month,” Withers said, remembering that fateful day. “Back when I was a real drug addict, that would have been nirvana.”

Knowing her time with Wyeth had to end, Withers accompanied a co-worker to Memphis to meet Nancy Utley, who founded a chain of used hubcap stores called Hub Cap Annie. 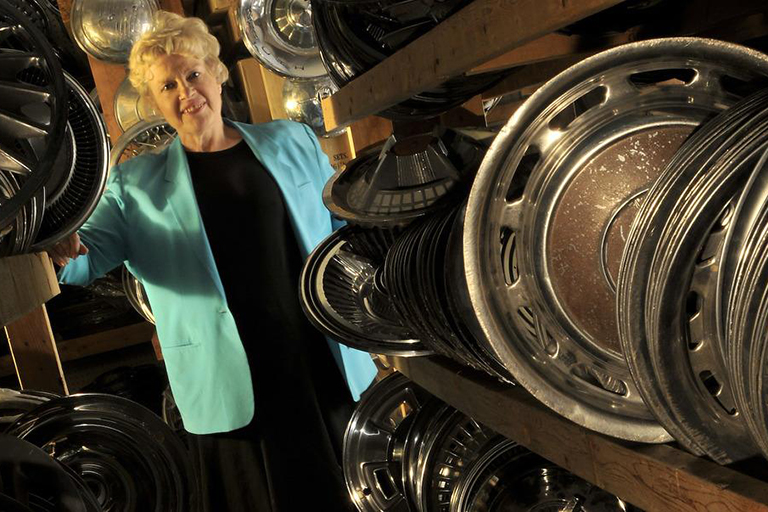 Ready to try something new, Withers borrowed around $10,000 from her affluent friends to purchase a pickup truck and a Hub Cap Annie franchise license for the city of Denver.

“So many times in the past I always got in trouble because of what I put in my mouth: booze, cigarettes and drugs,” joked Withers. “Hubcaps would be good because I couldn’t get one in my mouth.”

After a difficult first few months, the Denver Hub Cap Annie slowly found success. Withers, however, began to live two lives. One was a life of community involvement as a member of the Civitans and the Women’s Political Roundtable. She worked diligently to ensure her business was in magazines and the local news. She even entered a float covered in hubcaps in holiday parades, where she would dress up as Hub Cap Annie – a Valkyrie costume complete with horned helmet, long blond braids and a brassiere.

Her other life grew less savory. Withers dropped out of her 12-step program and married a criminal named Rick who had no car, a fake driver’s license and a large IRS debt. With Rick and his cartel’s help, she began skimming profits and cheating the IRS. She and Rick opened a few other stores in different cities, but they all failed. She stopped getting her hubcaps from scrapyards and began placing “orders” with local street criminals and drug addicts who would find the hubcaps she needed on cars in the Denver Broncos’ stadium parking lots on game days.

“I quit smoking, drinking and doing drugs, but I didn’t do the work that was

required to fix the inside of me,” Withers explained. “I traded one addiction for another.”

In July 1984, the Denver Police caught up with Withers as a sting operation closed in on her business. Caught purchasing stolen hubcaps from an undercover detective, the authorities invaded her store with their weapons drawn.

The police and members of the local business community were particularly hard on Withers. She had built a well-respected facade in the community as a businesswoman, and now it appeared Withers was just a crook.

“I was the little darling of Denver and a thief,” admitted Withers. “I was a real Jekyll and Hyde. Everyone in town had known I was arrested. I was still in a lot of clubs and some of them I had to withdraw from.”

After making bail, Withers rode home with one of her younger employees, Tommy, who was also a recovering addict.

“I’m sitting in the front of this red, shiny truck, and I’m thinking, ‘How come I’m in jail when my 12-step program has me being honest in all my affairs?’” said Withers. “Then I thought about Tommy.”

Withers realized she had made Tommy an unwilling participant in her criminal affairs. That ride home became a turning point in her life, and she never stole again.

With the help of a restraining order, Withers managed to extricate herself from her marriage with Rick and focused on rebuilding the Hub Cap Annie business. A plea bargain ended her legal troubles, and she began the difficult work of restoring her image. When Utley, the Memphis-based founder of the franchise, went out of business,

Withers was savvy enough to snatch up the expired trademark on Hub Cap Annie in 22 states. She rejoined a 12-step program again and even became the founding president of the Denver Women’s Chamber of Commerce.

Withers began using her experiences to inspire others, becoming a motivational speaker and making it a point to hire employees who needed mentoring and a second chance.

“Some people forgave me, and some never did,” Withers said of her reentrance into the upright business world. “But I was helping people who had screwed up maybe as much as I did.”

Hub Cap Annie became the largest hubcap store in America, with an inventory of 20,000 hubcaps. Withers and her store were featured on major network and cable news outlets such as CNN, BBC and NPR. She was featured on “60 Minutes” and in “Car and Driver Magazine” and “The New York Times.” Withers even wrote and published her autobiography.

Withers’ civic endeavors blossomed as well. Denver Mayor Michael Peña requested her as part of his Mexican Advisory Council, and she served on Gov. Roy Romer’s Economic Development Council. She served in the Denver Downtown Rotary Club and held many other prestigious roles before retiring and selling Hub Cap Annie in 2008.

“I worked very hard at trying to get my mental health back, though I’m not sure I ever had it,” joked Withers from her current home at Life Care Center of Littleton, Colorado. “Somewhere along the line, with God’s help, I made up my mind that I was going to stay alive, and that I would try to be of service to people.” 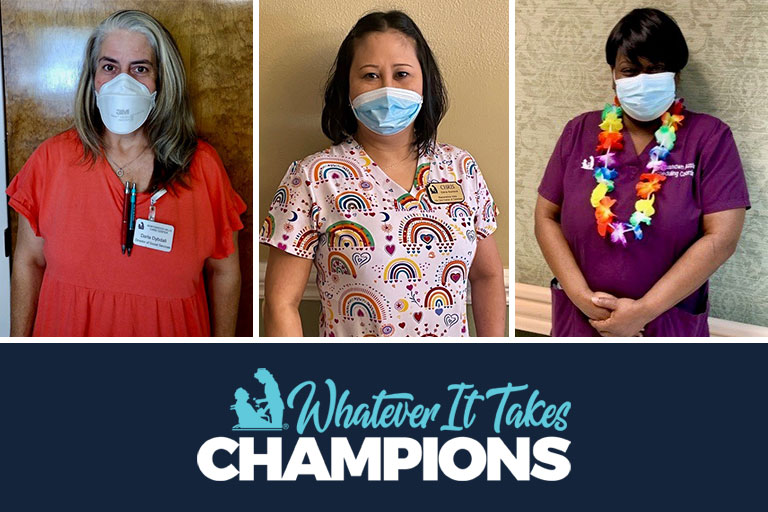 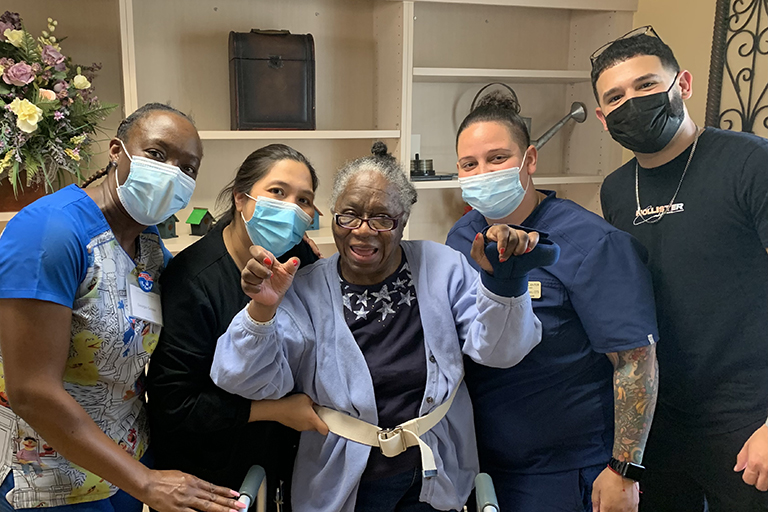 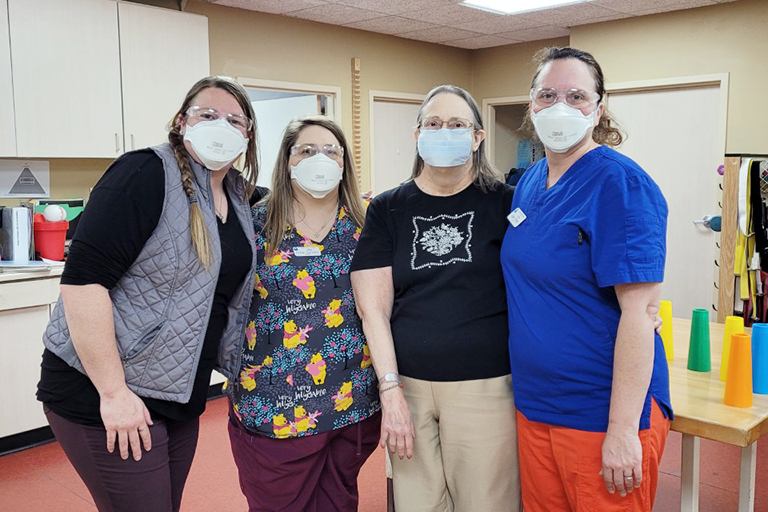