Throughout the war, many servicemen were lost, held hostage or tortured, and these men and women are heroes who keep these stories alive. One hero, Jesse Seeley, a resident at Life Care Center of Hixson, Tennessee, was honored for his loyalty and bravery to his country.

Jesse served in the United States Air Force. While flying, his B-17 plane was shot down over Germany. He was captured after his plane was taken down and was kept hostage in a war prison camp for 18 months. After over a year of captivity, Jesse was released in 1945 when the Russians took over the camp. When he arrived back in the United States, he was reunited with his wife and got to meet his baby son.

On Sept. 18, 2020, Life Care Center of Hixson celebrated National POW/MIA Recognition Day, a day of remembrance. The facility was proud to honor Jesse. He was presented with a Certificate of Honor plaque from the American Legion. The members of the American Legion who helped celebrate were Commander Richard H. Williams, Charles Stewart, Roger Busse and Kevin Phillips of Soddy Daisy, Tennessee.

“Mr. Seeley is a prime example of a true American hero, and our country needs more like him,” said Commander Williams. “It was an honor to present him with the American flag, a plaque and an Air Force patch.” 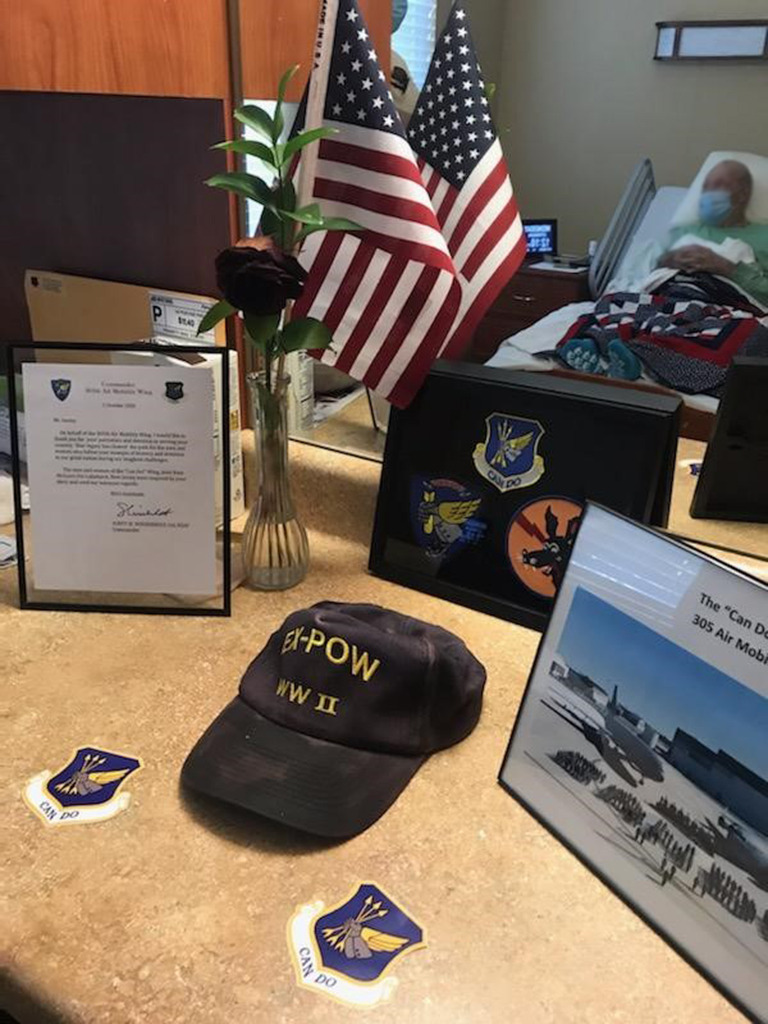